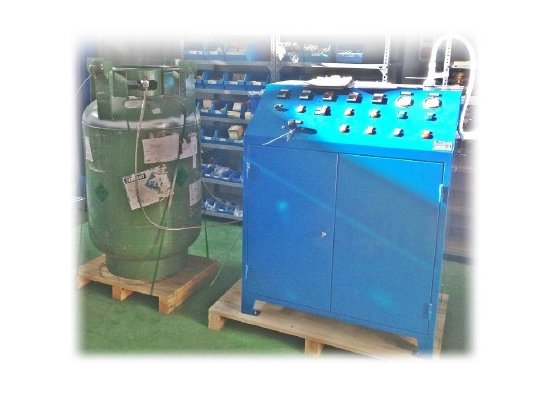 It is a colourless, odorless gas at room conditions when discharged. Its stored in a tank as a liquid. It was used as a fire suppressant and also in refrigeration.

Since these findings, Halon's use as a refrigerant, has been virtually eliminated. As for the fire suppression side, there are numerous new alternatives being used. For example, FM-200 and Novec 1230, are easily in the top 2.